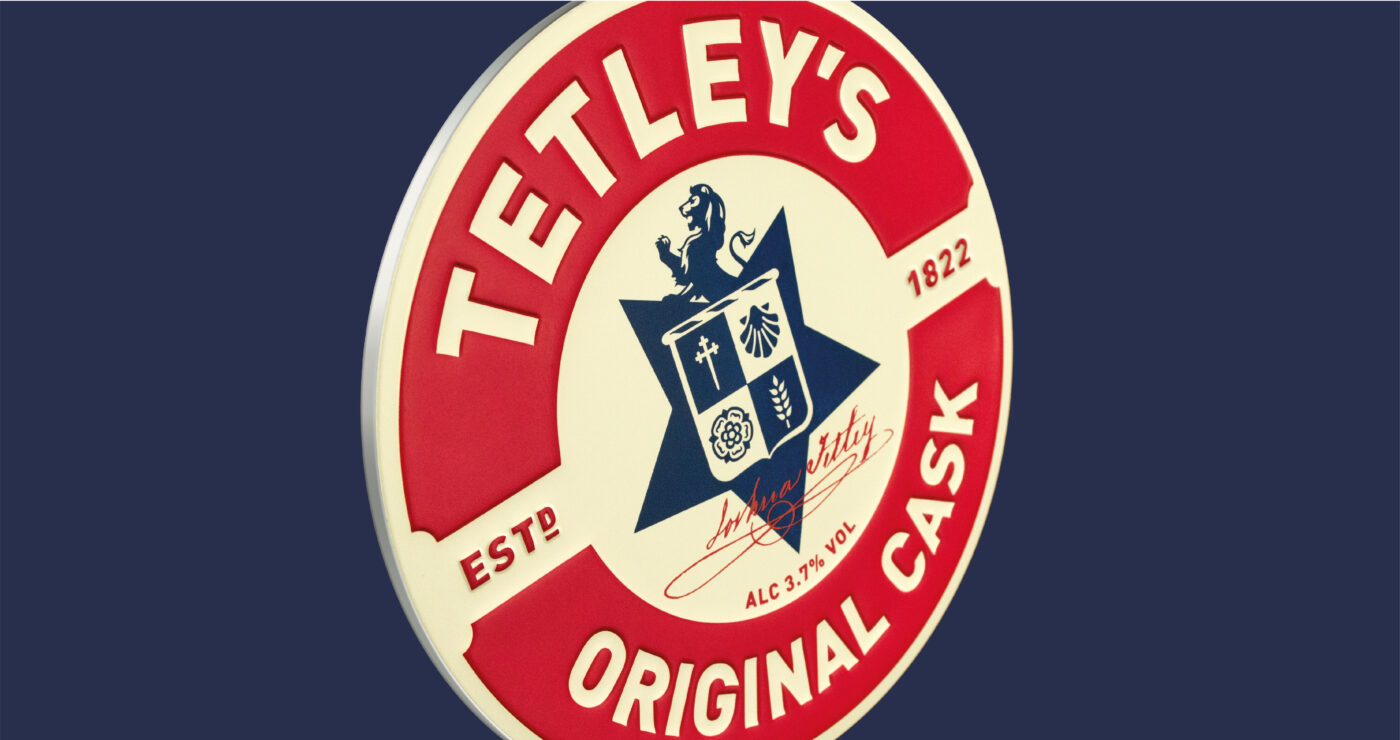 Look back to the future

Two hundred years is a very long time in any business, for most of us three-year plans are a challenge…

Two hundred years is a very long time in any business, for most of us three-year plans are a challenge…

Two centuries ago Britain was in the midst of great technological and social change, there had just been a West Riding (of Yorkshire) revolt by working class radicals, whilst Charles Babbage had invented the Difference Engine (arguably the first computer). Meanwhile, local Leeds lad Joshua Tetley had been successfully running his family malting business and, in true entrepreneurial spirit, was diversifying. He acquired shares in a Leeds brewery in 1822 for £400 and he set about building a brewery for the future. To put this into context, at that time a barrel of beer cost just a few old pennies.

Leeds was thriving during that period, riding the wave of the industrial revolution. The prevalent beer styles were mild and porter (with some porters taking up to a year in the making) and there was increasing demand for these as the town expanded, which perfectly suited Joshua, with his knowledge of malt. Within two decades the brewery was making annual profits of over £3,000 (the equivalent of several hundred thousand in today’s money).

By 1830 the Beer Act introduced the concept of Beer Houses and within a decade over 46,000 had sprung up. The 19th century was also a booming period for innovation and brewing was no exception, Joshua capitalised on this and joined the new wave of revolutionary brewers. He set out to make Tetley’s famous for its beer based on the quality of its ingredients and its ales – its mission statement was Quality Pays.

In 1839 son Francis William Tetley joined the brewery (hence Joshua Tetley & Son) and set about further expansion by investing in new technology and developing an innovative range of beer styles, including the ubiquitous IPA that was trending by the middle of the century.

By 1860 Tetley’s was the largest brewery in the North East and by 1890 it had bought its first three pubs, one of which (the Duke William) was its Brewery Tap. This was the start of a successful commercial strategy to maximise profit through vertical integration, which resulted in Tetley’s owning over 1,000 pubs (including nearly half the pubs in Leeds) – culminating in the Beer Orders of 1989 which restricted the size of the tied brewery estates. Back in the 1890s Tetley’s also had its eye on the fast growing off-trade and was capitalising on the take-home market by bottling its beers.

By 1915, almost a century after Tetley’s was founded, the brewing boom had peaked with 3,556 breweries in the UK producing over 34M barrels (by comparison, in 2019 just under 28M barrels were produced).

For the first 100 years, the Tetley’s brand had been based on the family coat of arms, registered in 1876 as ‘a heraldic shield with 5 pointed star’. Across Europe the six pointed star was a recognised brewers’ symbol of purity and quality and what could be a more fitting symbol for Tetley’s to adopt, except they gave it five points – Heineken followed suit seven years later when they registered their now famous logo.

By 1922, Tetley’s was celebrating ‘a century of progress’ and around that time decided to rebrand with the huntsman emblem, which was designed by a printing company in the South – by ‘coincidence’ and at the same time, it was also adopted by the Dorchester based brewer, Eldridge Pope… This resulted in a regional stand-off and, in defiance of any marketing logic, Tetley’s ended up with two parallel brands for several decades, the huntsman in the North and its five pointed star brand in the South.

The 20th century was a period of consolidation for the sector with a peak of over 3,500 breweries in 1915 which dropped to a few hundred by the 1990s when the market was dominated by just a handful of mega-breweries. In 1961 Tetley’s merged with two other national breweries to form Allied Breweries, it then became a part of the Carlsberg Group which subsequently closed the famous Leeds brewery site in 2011 – just as the craft beer revolution was gaining momentum. Tetley’s success culminated almost 50 years ago when it was brewing over 1M barrels of cask ale a year and became known as Britain’s best loved ale. Since then it has been compromised, initially with the dominance of lager and more recently with the disruption by a new wave of ‘craft’ brewers.

What are the learnings for today’s brewers, does history repeat itself? The brewing process has changed very little and the current diversity of beer styles was prevalent over 150 years ago, with IPAs very much in the ascendancy. Vertical integration by owning the supply chain is still an opportunity for brewers who want more access to consumers and consolidation, with brewery takeovers, is starting to gain pace.

Tetley’s built its reputation and brand on: a passionately Yorkshire provenance; an authentic and original brewery with its Yorkshire square brewing vessels and local water; and its dedication to quality (brewing the perfect pint). The challenge, and the fix, for the brand’s next century is to build on the star qualities of the Tetley’s name and tap into two centuries of equity. The current disruption, diversification and premiumisation in the beer market is an opportunity to reignite the entrepreneurial spirit that made Tetley’s famous and find a proud place in a crowded sector that has many pretenders.